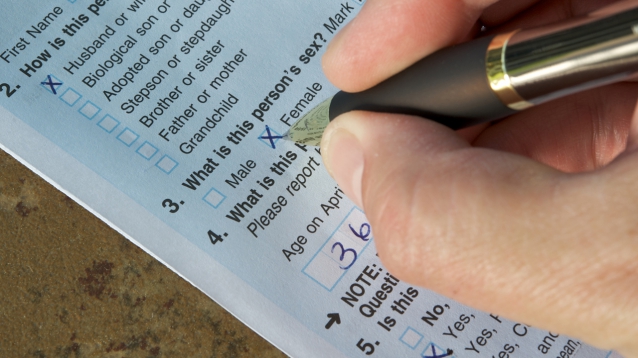 The country's first online census - which cut out millions of copies from the print run - has proved an unmitigated disaster, with website crashing and remaining offline while the majority of people were trying to upload their details.

Thanks to the website fail - which is variously being blamed on international hackers or public overload - only two million of the estimated 10 million online forms were completed yesterday, and what was suppposed to be a triumph of online technology has turned into a national debacle.

The ABS is blaming an overseas attack, while the government minister responsible is flatly contradicting this and blaming an overloaded system. If it is a hack it highlights the serious concerns expressed by many Australians about online data breaches, which of course are not possible with paper census forms which have served the census since 1911.

In the latest development this morning the Australian Privacy Commissioner has weighed in, commencing an investigation into the ABS and the census, aimed at ensuring personal data is being protected.

The last census in 2011 used print as its only form, and passed off without incident, with 14.5 million forms – printed by IPMG - completed. This time around only around a third of that number were produced – printing by Print Media Group, distribution by IVE - with some 10 million forms set to be filled in online, which did not happen. At least half a million Aussies that did not receive a paper form have already requested one, with that figure now set to skyrocket.

Kellie Northwood from lobby groups Keep me Posted and Two Sides Australia says, “Paper should have been the primary media, with an opt-in for online. We lobby for whatever is easier for the consumer, and clearly paper census forms are easier on every level, as last night conclusively proved.

“There has been so much confusion about the online form, in the weeks leading up to it, on the night, and now this morning. Australia can do better than this. Australia doesn’t have the infrastructure to deal with cyber attacks, but we have world leading print and distribution. We will be lobbying Canberra in two weeks’ time on this point, and on the move by corporates to charge for paper bills.”

Census head David Kalisch was busy doing the rounds of morning radio and TV this morning trying to assure citizens that nothing could possibly go wrong as far as leaking data was concerned, but his words had a King Canute feel about them, as he had spent the past two weeks telling everyone that the website was robust and secure, only to be proved so disastrously wrong on the night.

Privacy campaigners were already furious about the need to add names and addresses, to what is ostensibly a statistical data gathering exercise. The ability of hackers to force the closure of the site clearly indicates that data posted online is vulnerable. Data collected on paper by contrast cannot be digitally hacked, and once collated can be stored in offline data silos, which are not able to be breached by hackers.

Those concerns had already led to seven Senators of the Crown refusing to add their names and addresses to the forms, in so doing risking a $180 a day fine, and inspiring thousands of Aussies to do likewise.

The push for online is claimed by the ABS to save taxpayers some $100m in paper, production and distribution costs this year. However major questions will be asked in light of the online debacle, with the print industry sure to engage in intense lobbying for a return to paper forms.

Northwood says, “Our advice to Government is that innovation comes in many forms, and is not exclusive to online. Innovation is about being intelligent, applying keen thinking and new ideas to how we operate, and with regards to communications, print has a major part to play in that.”